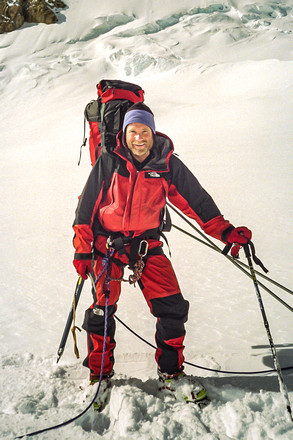 I'm a videographer, photographer.
I have a Master degree in communications from Stanford University, a degree in Art in Cinematography from Sonoma State.

I’ve shot and traveled to all seven continents, I love exploration, traveling to new places and adventure.
I was CNN's first news cameraman in Northern California
I like many different types of Photography, b&w, edgy, traditional, sexy, weird, saturated colors, muted colors.
I have studied different type of art and artist, the impressionist, realism, abstract.
I enjoy working with shadows and light.
I have 2 Emmy Awards for cinematography.
I try to have nothing but good intentions in my personal and work life.
I've done videos for Easter Seals, the San Francisco Ballet & Diablo Ballet.
Some of the many corporation I've shot for included: Apple, Google, Cisco, Microsoft, CSI,
Intel, Disney & Warren Miller.
I've stood on the top of Denali (Mt. McKinley) in Alaska, Japan’s Mt. Fuji,
the Pyramids in Egypt, and the Pyramids in Tikal.
I was a Rouge River guide in Oregon for 3 summers, I've traveled down the Amazon.
Been to the ruins of Angkor Wat in Cambodia and filmed in the remote jungle of Papua New Guinea.
Followed the Great Wall of China from Beijing to the Yellow sea.
Shot aerials over Iguazu falls in Brazil and the Hindenburg Wall in Papua New Guinea.
Filmed in and around the Kremlin Walls and Red Square in the dead of winter.

Traveled to Antarctica the coldest and driest continent on Earth.